Things To Be Aware Of Before Adding Cannabidiol To Tea

Things To Be Aware Of Before Adding Cannabidiol To Tea 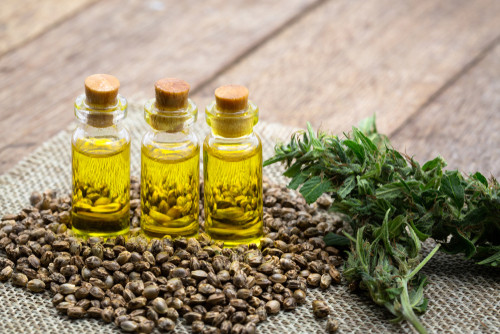 Tea is considered as the world’s most-consumed drink after water. The popularity of tea causes many people to wonder whether they can have it with cannabidiol products, and whether doing so affects CBD’s efficacy. It depends on various factors, including the way in which CBD is made, the form of tea, and what you add to it.

Green tea, oolong tea, and black tea have caffeine, giving most individuals some amount of energy increase, unlike cannabidiol which many individuals consume for its soothing effect. Having CBD tea may appear counterintuitive, but it could balance the jittery feeling resulting from caffeine while giving an anxiety-free and steady energy boost. This is kind of like CBD counteracting the psychoactive effects of tetrahydrocannabinol (THC) consumption.

Some cannabidiol preparations can dissolve more in tea compared to other preparations. Forms of cannabinoids, including cannabidiol, can dissolve in fats, plus tea is usually brewed in distilled water. Putting some amount of milk or cream into tea will give a bit more fat, which will help the compound to dissolve. Of course, consuming cannabidiol separately before you drink tea will avoid any mixing problems or the risk of having any CBD left in the cup.

It may be tough to mix powdered cannabidiol supplements well in chilled tea, and it may be more wasteful to do so than effective. It would be better to buy or prepare the cannabidiol-infused syrup, which makes the drink sweeter, mixes well and delivers CBD effectively.

There is no caffeine in herbal teas, but herbs like lavender and chamomile give CBD-like effects, such as causing calmness and making sleep easier. Combing these kinds of herbs with CBD will make the output soothing and tasty to have. Better yet, these herbs lack the undesirable effects of tweeting for hours after turning off the lights at night (which will also make you sleep).

No matter which way you drink the tea, eating some food items will potentiate CBD and will make an increased quantity of the substance to be had. For an uninitiated, potentiate in this context means to increase the power of CBD. Studies have shown that people who consume cannabidiol with a fatty burrito for breakfast had a bigger effect than the ones who had CBD with nothing in the stomach.