How Is Cannabidiol CBD Used In Foods And Drinks?

How Is Cannabidiol CBD Used In Foods And Drinks? 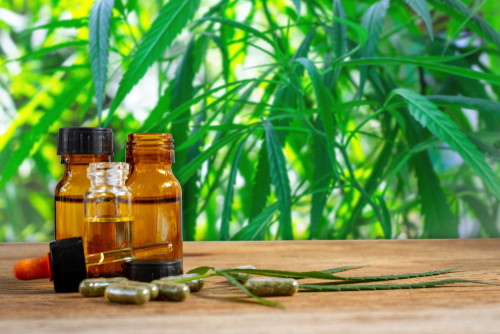 The health benefit of cannabidiol (CBD) is gaining popularity and the food industry is quick to incorporate it into different edible items. The demand for these items are increasing and manufacturers are finding novel ways to add it into almost all types of edibles by making it into water-soluble form. It is even increasingly used in athletic and sports beverages to give extra energy upon drinking. As a result, companies are conducting more research to identify its other potential benefits so that it becomes useful for their consumers. This article will explore about the use of CBD in foods and drinks, read on to know more.

What Is Cannabidiol CBD?

Cannabidiol is a natural cannabinoid found in the cannabis plant especially cannabis sativa or the hemp plant. The CBD product, CBD oil is the one that is used as an ingredient in many food preparations and this is because natural cannabidiol is oil soluble but hydrophobic at the same time. So, lipid or fat rich carrier oil increases its bioavailability and thereby its effectiveness. Also, manufacturers have found a way called nano emulsification where they break down the oil into nano particles increasing its solubility in water. This is sold as water-soluble CBD, and you can add into almost all types of food because it easily dissolves in water unlike traditional CBD oil.

Cold Brews: The reason it is added into cold brews is because higher temperature might denature cannabidiol (CBD). Also adding it helps to avoid the anxiety inducing effect of caffeine in some people because of cannabidiol’s anxiolytic effect.

Kombucha: It is a tea based beverage that is said to have probiotic health benefits which is good for your gut microbiome. The recent trend is to add CBD into kombucha, it is believed that their combined benefits boosts the immune system along with better overall health.

CBD Edibles: Edibles are a popular choice among CBD consumers, both new and experienced because of its ease of consumption. CBD gummies are the most popular ones, they are available ready-made in a wide variety of flavours and can be even made at home. People prefer it because you can consume cannabidiol in a tasty and enjoyable form to experience its benefits.

CBD Cocktails: The recent trend among CBD consumers is to add CBD oil or tinctures in cocktails made from spirits like vodka, cognac, wine etc. Its effects vary between them because wine and beer have more water content than spirits, also the effect is minimal when consumed with alcohol.